Home Fendwrap News How To Get Yacht Fire Retardant Ready

How To Get Yacht Fire Retardant Ready

More and more, we’re seeing both yacht owners and project managers pay increased attention to safety and protection against fires on yachts.

That awareness is just as important when painting and refitting your yacht as it is at any other time – if not more so. Fire can spread incredibly quickly on luxury vessels and if the worst case did happen, you’d want to know everything possible had been done to minimise the damage.

Whilst there are lots of fire regulations that are recognised industry-wide already, not every company adheres to them, even today. If you’re a yacht painter or company who offers a high-quality, professional service, you’ll already know that choosing not to use flame-retardant films, tape, boarding or tenting is just not a risk worth taking on behalf your client. 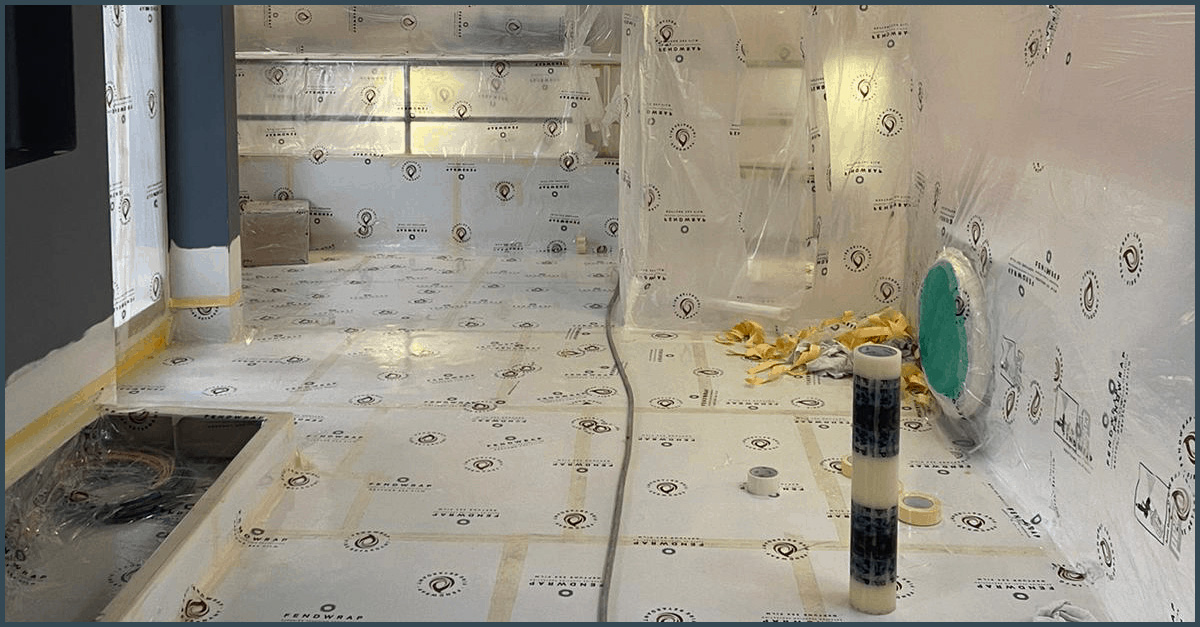 There are a handful of well-known regulatory bodies who both create and encourage the use of fire safety standards in the industry. These bodies include:

The International Maritime Organisation (IMO) is the principal governing body for marine pollution, shipping security and fire safety standards across all vessels. It’s a specialist agency under the United Nations who act as the overarching regulatory body for the yachting industry. One of the most notable pieces of framework they’ve developed is the 2010 FTP code – the International code for the application of fire test procedures.

Red Ensign Group is a collection of shipping registries from across the UK, British Overseas Territories and Crown Dependencies. The collaboration is designed to combine resources and keep the British fleet safe, currently made up of over 1,300 vessels.

In 2016/17 they began work with the yachting industry to create a new set of codes for upholding safety standards. Once published, they became known as the REG Yacht Code. Download the 2019 Edition REG Yacht Code.

The Maritime and Coastguard Agency is an executive agency of the UK, issuing certification, guidance and legislation in the industry.

Over the years, they’ve been lobbied to discourage refit and painting companies who are non-compliant from working on yachts. As a result, they soon created a new standard of legislation, starting off with the MGN 453 (M) and, more recently, replacing it with MGN 580 (M). These are highly important standards and are well-recognised throughout the yachting industry, and beyond.

Thankfully, fires are rare on yachts – especially when the correct protections are in place. However, one that gets out of control can have devastating consequences for multiple parties: the owner, the shipyard, other contractors, as well as marine life.

So, where and when is a fire most likely to breakout?

Unfortunately, there isn’t a clear answer.

There have been a number of high-profile yacht fires across the US and Europe over the last few years, with each of them causing millions worth of damage. In the majority of these incidents, the cause of the blaze isn’t identified and so it can be difficult to learn lessons from what happened and properly protect against it happening in future.

However, there is one thing in common across nearly all major (and even minor) yacht fires: they happen whilst the boat is docked. Whether that’s in a marina or shipyard, a yacht is statistically more likely to catch on fire there, and often, whilst it’s being refurbished or painted.

In November 2019, two superyachts were destroyed by fire in a Fort Lauderdale shipyard whilst undergoing maintenance and refit work. The estimated losses from the fire were up to $20 million – not spare change for most owners.

Just two months earlier in September 2019, a large yacht caught on fire at a Barcelona shipyard. How it started is unclear, but they announced it was started ‘on an auxiliary vessel designed for maintenance and painting of materials’.

One year before that, there were two high-profile yacht fires in one month, including a huge blaze at shipyard in Germany. It’s known to have started on a 130-meter floating dock and a spread to a 100m+ new build that was under construction. But like the others, it’s not known how or why it started.

Ultimately, even though it’s rare for a yacht to catch fire, we know that when it does, it’s usually whilst it’s under repairs, being re-painted or refurbished. That means it’s paramount to always use fire retardant protective equipment – including films, tapes, boarding or anything else – when you’re carrying out paint or refit work.

Why Comply? The Benefits of Fire-Retardant Yacht Protection

There are a host of reasons why using fire retardant protective equipment should be a no-brainer. Even though the cost of this protection may be slightly higher than its non-fire-retardant equivalents, in our opinion it’s a price always worth paying – as the alternative is much worse.

Recently, there’s been a big push across the industry towards treating greater fire-retardancy as standard. Both owners and painting companies are increasingly seeing it as a risk that isn’t worth taking and opting to use films and tapes that ensure that risk is always minimised.

In Germany, it’s now mandatory to use fire-retardant tenting and wrapping at shipyards. As a result, many in the industry believe that is only a matter of time before more shipyards take on the same stance. That’s why even whilst it isn’t a mandatory requirement in most countries, some painting and re-fit companies are getting ahead of the curve now and using fire-retardant protection for all projects, as standard.

That way when the rules do eventually change, it will have little to no impact on the way these companies operate and save them from ending up with lost stock they can’t use. It’s simply good business sense.

Insurance companies have also been taking note of the high-profile fires in recent years and have started adjusting their policies in response. It’s already the case in Germany, but insurers are very likely to become much more scrupulous around who qualifies for a pay-out as a result of fire damage.

For example, if your boat was undergoing painting work and a fire caused serious damage to it, your insurer may check the standard of any tenting materials used by your company. If it was decided the materials didn’t meet the correct standards, you could be in breach of your policy and be left without compensation.

As a building, refitting or painting company, that outcome would also be terrible for your business too – losing complete client trust and seriously damaging your reputation. So, as this approach to insurance becomes more mainstream, using proper, fire-retardant protection is a must no matter what country you’re working in.

The Future of Fire-Retardancy at Fendwrap

We are constantly researching and developing our range of products, improving existing solutions and creating important new ones. We believe our products are some of the best quality on the market, from protective boards and mats, to highly effective tenting and scaffolding options.

Fire-retardancy is something we’re passionate about. We believe it will become standard for the industry in the not-to-distant future, and we want to make it as easy as possible for you to make the switch.

Recently, we’ve developed two fire retardant films that don’t compromise on the features our traditional tenting films are known and loved for. The Neptune 233 and Neptune 254 films are both approved to the EN13501-1 standard whilst also still being:

The Neptune 254 is our most recent and exciting creation as this film is both fire-retardant and transparent – something we have not seen another company replicate. This is an important step in the movement towards greater yacht fire safety; we know that opaque film does not suit every project but until now there was no fire-retardant alternative. We’re proud to say that Fendwrap can now provide a tenting option for your crew that maximise both safety and convenience – a win-win.

So What Products and Solutions Are Coming Next?

Currently, we’re working to develop the rest of our portfolio and create fire-retardant counterparts to some of our most popular solutions. We’re focusing on creating a fire-retardant masking tape most recently as this is something that’s been highly requested. It’s crucial that what we produce holds up to the quality of our existing range of superior F-tapes, as we want to ensure you never feel like you’re compromising when choosing a fire-retardant product.

The sooner these products are on the market, the better protected our industry is, and owners and project managers alike will be afforded total piece of mind.

You can learn more about our Neptune 233 film (opaque) and Neptune 254 film (transparent) or take a look around the rest of our fire-retardant tenting and protection solutions.

Get Your Free Sample Pack

This website uses cookies to improve your experience while you navigate through the website. Out of these, the cookies that are categorized as necessary are stored on your browser as they are essential for the working of basic functionalities of the website. We also use third-party cookies that help us analyze and understand how you use this website. These cookies will be stored in your browser only with your consent. You also have the option to opt-out of these cookies. But opting out of some of these cookies may affect your browsing experience.
Necessary Always Enabled
Necessary cookies are absolutely essential for the website to function properly. This category only includes cookies that ensures basic functionalities and security features of the website. These cookies do not store any personal information.
Non-necessary
Any cookies that may not be particularly necessary for the website to function and is used specifically to collect user personal data via analytics, ads, other embedded contents are termed as non-necessary cookies. It is mandatory to procure user consent prior to running these cookies on your website.
SAVE & ACCEPT